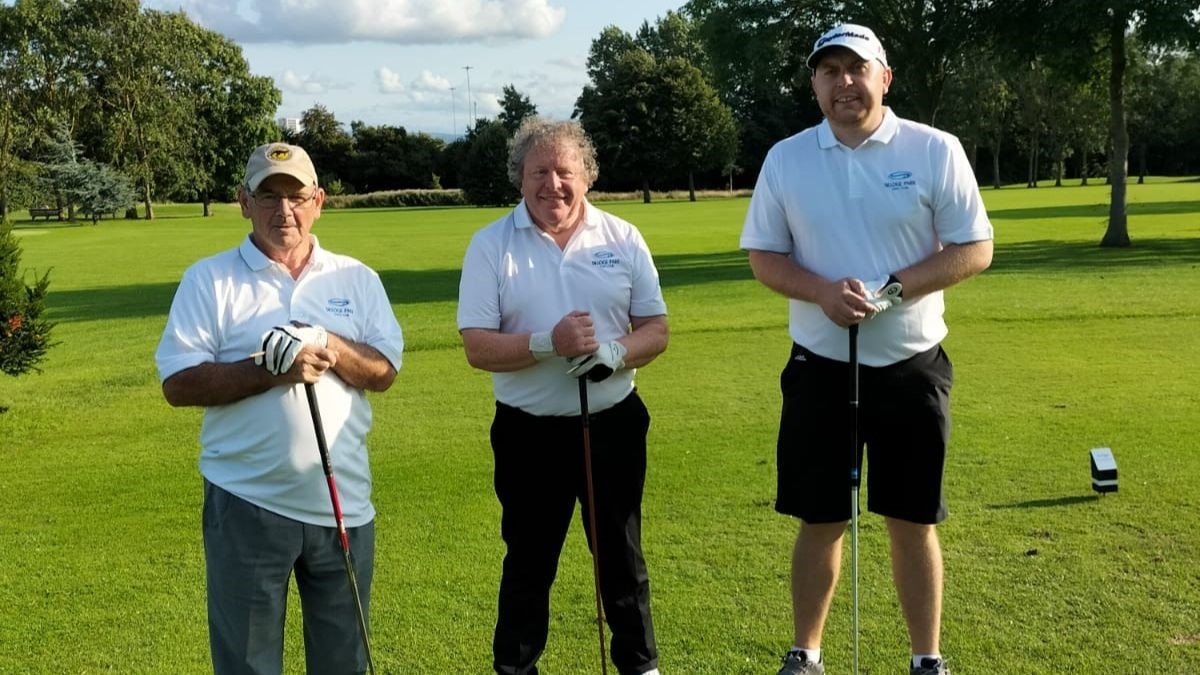 Last Sunday, we held the Captain’s Prize, Captain Peter Grogan (pictured below with his two playing partners on the day) was on hand to greet our members on their arrival. The weather was once again kind to us as we only encountered a couple of passing showers. It was great to see all the members enjoying the fantastic course conditions, great food and the atmosphere on the day was incredible! This year’s event saw over 140 members competing for both the men’s & ladies’ prizes. Windy conditions made this year’s competition a true test of golf, challenging every part of our member’s games.

The winner of the men’s Captain’s Prize was Christy Byrne with an impressive 40 Pts. Christy played his closing nine holes in 38 strokes gross, carding seven pars in those nine holes. Beaten to the top prize only by a back nine count-back, Evan Ryan claimed the runners-up spot. With a playing handicap of 15, the highlight of Evan’s round was a pair of birdies on the final two par 3’s of his front nine. Finishing in 3rd place, again by way of count-back was Frank Brady. Frank’s score was aided by a birdie on the short par 3 9th hole.

The winner of Category Two was Brian Kenny with a score of 39 Pts. Despite three members returning the same score, Brian took the prize after a back nine count-back, with Brendan Callan the Category Two Runner Up.

The Longest Drive was once again on the 18th Hole this year, with John Muddiman the eventual winner after an almighty drive! The Nearest the Pin was contested on the difficult 13th hole, with Tom Howard claiming the prize when his tee shot finished 14″ from the cup.

Congratulations to all the prize winners & we look forward to seeing you all for the President’s Prize on the 22nd of August!